The Company’s objects are:

- To promote the culture of Calypso music originating from artists based in the United Kingdom, Europe, the Caribbean and elsewhere.
- To facilitate, enable and encourage the development of Calypso and music tradition by establishing training and development workshops and events regarding various aspects of Calypso, including but not limited to composition, arrangement, singing, performance and promotion to assist in the development of the art form.
- To conserve Calypso music through the purchase, acquisition and obtaining interests in Copyright and the right to perform or publish and exhibit and archive any material of members which can be used to promote the work of the company.
- To encourage participation by youths and adults in education programmes and activities regarding Calypso history, culture and development.
- To further the promotion and development of Calypso art form by entering into agreements with researchers, authors, composers, producers, artistes, promoters, persons and organisations including schools, colleges and universities in regard to furtherance of the objects
- ACASA aims to encourage regular and new visitors of all ages to to the London Calypso Tent to erxperience the live music and develop the art form accross various communities.

The Association'sobjective in hosting both the Tent and World Music Stage is to bring live Calypso (the mother of Caribbean music and initial sound track of Carnival) and Soca music to a wider audience. We also showcase other music genres of alternative artistes so as to have a protean mix of music which deserves the title of ‘World Music’.

To this day, it remains the only representative national oorganisation for British based composers and singers of the music of Calypso, both in the United Kingdom and Europe. The Association was formed out of what was seen as necessity. Years of calypsonians being exploited by rapacious promoters led to action being taken to ensure some kind of protective body for these artists. The organization is itself a “federation”, with members coming from backgrounds all over the English speaking Caribbean: Anguilla, Barbados, Grenada, Jamaica, St. Lucia, St. Vincent, Trinidad and Tobago, etc.

The London Calypso Tent (LCT) registered by ACASA emanated from the need to provide a space and a platform for Calypsonians based in Britain to perform and share their musical offerings. The LCT had its first and only home up to 2007 at the Yaa Asantewaa Arts Centre. A collaborative partnership was formed between the Asociation and Yaa Asantewaa Arts Centre the founding partners of Carnival Village which went on to include two other organisatimns, namely Ebony Steelband Trust and Mangrove, who together formed the Carnival Village Trust.

The London Calypso Tent has undoubtedly maintained its popularity over the past 28 years with the inclusion of Groovy Soca to attract and retain the younger artistes. In the 5 weeks preceding Notting Hill Carnival, the ACASA LCT is appreciated as the Carnival’s ‘Cultural Precursor’.  The Association also participates in the Carnival under the banner of it's World Music Stage which provides a platform at Powis Square for loacl and overseas Calyposonians and Soca artistes, primarily to entertain visitors to the iconic eevent. Though the Association is a British phenomenon, it does acknowledge that there is some obligation to paying respect to fundamental traditions borne out of the culture of calypso from Trinidad and Tobago and other parts of the Caribbean. The decision to use the term ‘Tent’ as opposed to ‘House’ or some other alternative, is the insistence on an awareness of the importance of Calypsonians adopting a sobriquet for performance and the more obvious practice over the years of having guest calypsonians from Trinidad and Tobago perform at the LCT: all this is in appreciation and respect for the culture that has travelled from Trinidad and Tobago and and other CAribbean islands which has come to position itself in its own extraordinary way among the multitude of musical cultures to be found in the United Kingdom. 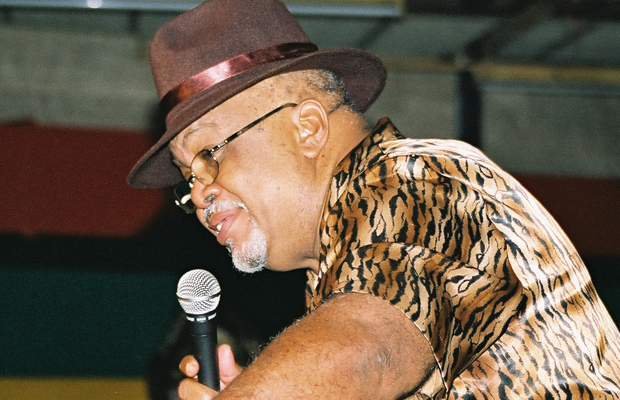 Youth Nurturing in Calypso and Soca

The Association began to actively reach out to children through the music of calypso in 1993, having recognised that there was an apathetic response to it from the younger generation. 1993 saw the start of a highly successful process of involving children and young people in calypso – by bringing to England, young calypsonians from Trinidad and Tobago on an annual basis - Kerwin Du Bois being the first - and also by developing the now annual Junior Calypso Monarch competition. The first ever Junior Monarch competition in 1993 comprised of only 3 competitors and Lady Puni emerged as Britain’s first Junior Calypso Monarch! The progress made by the Association in regard to dismantling the notion that calypso music is “only for old people” has been impressive and the work that it does to ensure there is an active awareness of the music continues through workshops in schools and in other local community spaces. Children are taught about the history of calypso, thinking about themes, writing lyrics, adopting a sobriquet, elements of effective performance and more. All this, with a decidedly British flavour!

The 25th anniversary (Silver Jubilee) of the Association's London Calypso Tent was marked with the publication, "Calypso in London" by Stephen Spark,  looks at the history of the Tent from 1992 to 2017, but also takes a backwards glance at the pioneering days of the 1960s‑80s. To the best of ACASA’s knowledge, this is the first book that has ever been published solely on London’s calypso heritage.

Through its efforts and vibrant, cultural contribution the Association continues to make certain that British calypso and Groovy Soca remains alive and well We welcome you to the ACASA family!